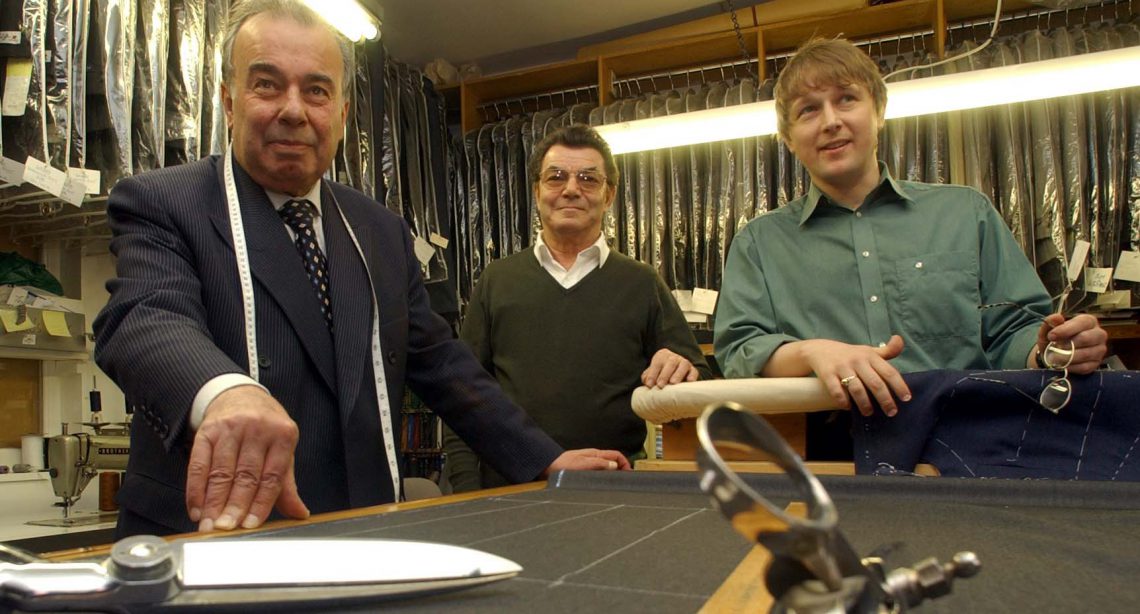 Left to right: Ahmet Yusuf, Mario Notarnicola and myself

I flirted briefly with a career as a roadie for various Birmingham bands and then, ultimately, started on a path towards tailoring by starting an evening course in shirt making and dressmaking.

As it became known within my social scene that I was making clothes, a friend introduced me to Birmingham designer Patti Bell. Patti had just left Khan&Bell, designers to the New Romantic scene including Duran Duran. I worked for Patti on and off for six years. This involved making clothes for bands and for her stall at London’s Electric Ballroom. At the same time, I also attended Handsworth college where I gained distinctions for the work I produced on a three year City&Guilds Hand-craft Tailoring and Retail Cutting course. 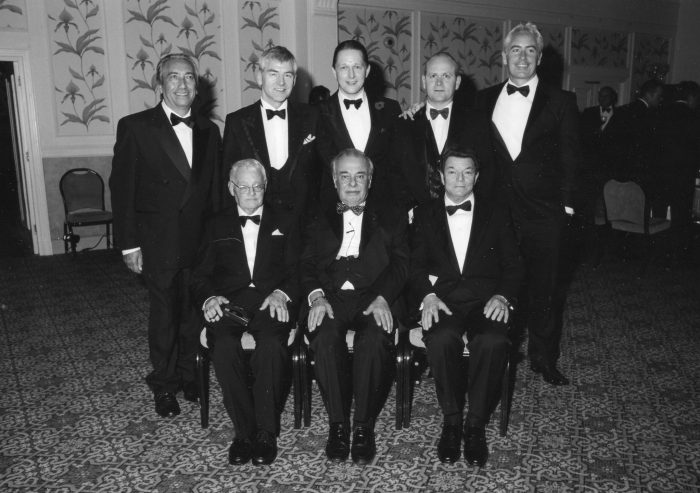 Ahmet Yusuf celebrates his 50th year in business with all tailors in attendance. Myself Centre Back.

When college came to an end in 1996, I scoured the yellow pages and approached all of the tailors in and around Birmingham. After a follow up call to Ahmet Yusuf Ltd I went, thimble in pocket, to meet Ahmet and his team. After a six month trial, I was offered full time employment training along side Ahmet and coat maker, Mario Notarnicola. Throughout my 17 years at Yusuf’s I have been able to progress from apprentice through to workroom manager, cutter and coat maker.

Many years later and after being mentored by some great tailors I came to the decision in 2013 to strike out on my own: focusing and building on the art of bespoke tailoring. I’m now based at my home workroom, and continue to take my own commissions and work as a coat maker to the trade.

The bespoke process always starts with a conversation. I guide your ideas and help you make decisions about cloth and style. We decide upon the cut that best compliments your figure and consider the environment to which the garments are to be worn.

I am based, north of central Birmingham in Handsworth Wood, tailoring from my home workroom. Please allow at least 3 months to the completion of a suit, new commissions may take longer. To discuss your individual requirements further, then please contact me.